Charleston “had just arrived in the state,” reported the Star. That makes sense. He had received his honorable discharge from the Army on March 20.

“Charleston has had considerable experience in the semi-professional ranks, being a member of the Twenty-fourth U.S. Infantry for the past three seasons.”

Not stated, but perhaps known by some of the paper’s black readers, was that he was a local boy, having lived only blocks away from Northwestern Park for most of his boyhood. 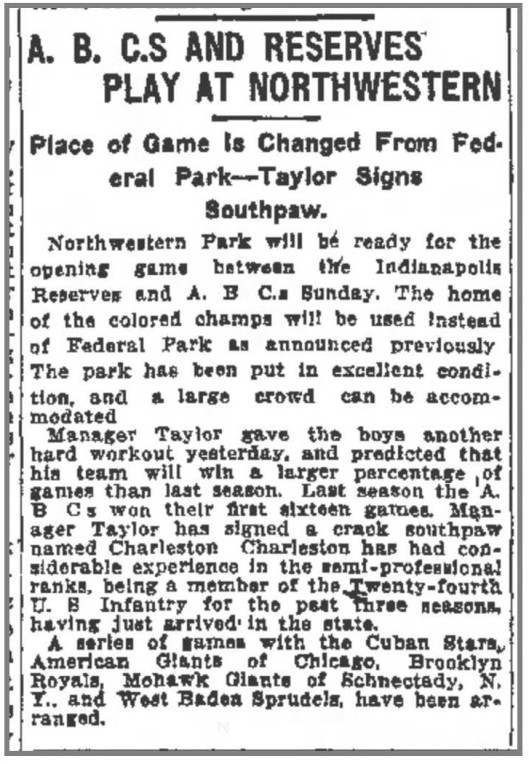